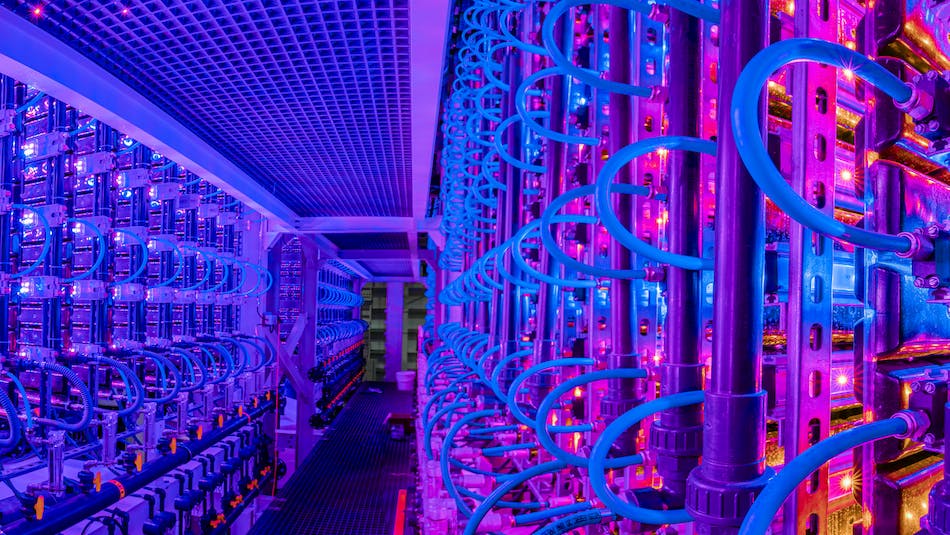 One of the world's immense challenges today is switching to the sustainable use of resources effectively and responsibly on a global scale. Innovation, research and development will play an essential role as we move towards sustainability.

Icelanders have a long history of making the most out of our resources in line with the circular economy mindset. This thinking is evident in the fisheries sector, where Icelanders have consistently found innovative ways to make the most of each catch. The entire industry is now striving for a 100% yield. Circular thinking is also part of exciting R&D projects related to the integrated use of geothermal. The goal is to increase research, stimulate innovation, and seek value creation. Iceland is on its way to creating an even more sustainable society.

Carbfix is probably the most famous Icelandic R&D project. It is a new technology that captures carbon dioxide and binds it into stone. Carbfix tested its industrial-scale carbon capture method at Hellisheidi, seeking to reduce carbon dioxide and hydrogen sulfide emissions from the geothermal power plant. As the scale of operations has grown, the cost is less than $25/ton, which is competitive with the ETS carbon quota's current price. The technology can also be applied to large emitters such as coal, gas, cement, steel, and more. Carbfix has recently paired up with Climeworks, a Swiss company specializing in removing carbon dioxide emissions from the atmosphere. If these two technologies are successfully combined, it will be possible to capture carbon emissions and bind them in stone!

Energy-related innovation in Iceland has become ever more prominent in recent years. Icelandic geothermal power plants are making full use of all of their revenue streams including, geothermal hot water, cold water, steam, renewable electricity, and carbon dioxide. With this mix of resources and creative minds, the geothermal value chain has grown considerably in Iceland.

Companies have benefitted from increased expertise, creative approaches, and an inspiring work environment. These are the ideal conditions for nurturing successful innovation and development. Iceland possesses a small but well-educated and connected population. It is relatively easy to move between sectors, which means workers often have various and transferrable experiences under their belts.

The Geothermal Park at Hellisheidi Power Station has attracted investors and companies with a circular economy mindset. Several ambitious projects have started here that could have a significant global impact when they scale up.

Vaxa - Impact Nutrition is growing the future of food. This high-tech, indoor algae production facility saves both land and water resources. Vaxa is growing microalgae for aquaculture, fish feed, and as a nutritional food supplement for people. Its production has a negative carbon footprint.

GeoSilica produces natural silica supplements. They extract various minerals from geothermal water to use in their product development.

The Resource Park has a straightforward motto: "Aiming for a society without waste." There have been many developments for making better use of geothermal energy pioneered at the Resource Park. Its related companies have significantly increased employment prospects in the region, accounting for over a thousand jobs.

The Blue Lagoon is one of the most famous tourist attractions in Iceland—and now the world. It illustrates an exceptional example of the direct use of geothermal. There are the health spa and the Retreat and Blue Lagoon hotels. On-site are the Blue Lagoon Clinic, which offers psoriasis treatments, and the Blue Lagoon Research and Development Centre that produces active ingredients from geothermal fluids and cultivated algae for their skincare and health products.

Carbon Recycling International (CRI) developed an emissions-to-liquids (ETL) technology that allows them to capture carbon emissions at the Svartsengi geothermal power plant and turn them into liquid methanol. CRI's renewable methanol can be widely used as a fuel or to make greener chemicals and products.

ORF Genetics is a biotechnology company that manufactures and sells growth factors for medical research, stem cell technology, skincare products, and cell-cultured meat. Their genetic technology allows them to produce growth factors and other proteins from barley plants that are carefully grown in greenhouses.

Haustak and Laugafiskur use geothermal steam to dry fish heads and bones in fresh air. The production is then exported to Africa, mainly Nigeria. In line with making the most of each catch, Haustak has also developed a method to process the valuable oils from fish offal that would usually be landfilled. The related company, Codland, utilizes biotechnical solutions to create value-added products such as mineral supplements, fish oil, fish meal, and marine collagen from what would otherwise be considered fishing industry waste.

Stolt Sea Farm produces Senegalese sole in Iceland, using geothermal water and electricity for its production. Stolt Sea Farm is a Norwegian company that is an innovator and a leader in developing sustainable, environmentally friendly aquaculture.

The IDDP Project. Video by Landsvirkjun - The National Power Company of Iceland

The Iceland Deep Drilling Project (IDDP) is an exciting research and development project that aims to drill down to 5,000 m (16,400 ft) to exploit superheated steam with temperatures of 400 to 500 degrees Celsius. In theory, this technology could increase tenfold the amount of energy produced from a single high-temperature geothermal well. The IDDP will eventually reveal whether it is economically feasible to extract energy and chemicals from hydrothermal systems at these supercritical conditions.